An optional description where you can introduce yourself and your related expertise for what you are selling.

Get a free sample of our product

What Is Shiba Inu and is it a good investment? 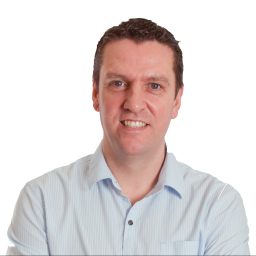 Shibu Inu caused a storm in the crypto world in 2021 with thousands of retail traders buying into the hype around the meme coin. Market speculators are making all kinds of price predictions for 2022 and in this article, we take a look at what the Shiba Inu developers have in the pipeline and explore whether it is a good investment.

What is Shiba Inu?

A distinction should be made between a 'coin' and a 'token.' A coin runs on its in-house blockchain network, whereas a token works within another network.

Tokens are usually launched on the Ethereum blockchain, which is what Shiba Inu was and is an Ethereum-based ERC-20 token that was launched in August 2020, and its creator Ryoshi created a decentralized ecosystem that dubbed the token the dogecoin killer.

Bitcoin, Ethereum, and Dogecoin run on their respective blockchains and are therefore called ‘coins’.

This cryptocurrency was a spontaneous community experiment that was launched on a decentralized structure, might be about to lose the meme coins tag and be taken a bit more seriously going forward, especially if they create a blockchain.

How Many Shibu Inu was put into Supply?

The first noteworthy thing about Shiba Inu is its total quantity of tokens. During the project's official debut in 2020, a fixed quantity of 1 quadrillion SHIB was created. A quadrillion is one followed by 15 zeros.

50% of the Shiba Inu are kept on Uniswap a decentralized exchange where users deposit pairs of assets into liquidity pools that other traders may trade against.

This is referred to as an automated market maker mechanism.

A week later Vitalik Buterin burned 90% of the Shiba Inu tokens in his possession, The total sum amounts to approximately $6.6 billion or 410 Trillion Shiba Inu which was about 40% of all tokens in supply.

Shibaswap is a decentralized currency exchange (DEX) for "$SHIB", as well as two more tokens called “$LEASH” and “$BONE.”

DEXs are different from centralized platforms like Binance and Kraken in that they allow users to swap tokens without the need for a middleman or counterparty.

The ShibaSwap was launched in July 2021, offers many of the same features as Uniswap and other decentralized exchanges such as token swapping and liquidity pools. To obtain rewards on Shibaswap, users must deposit Shiba Inu coins into a liquidity pool. The Shiba Inu coin team has created an automated market maker mechanism that incentivizes users to hold and use the Shiba Inu token.

The term "Digging" is used to describe providing liquidity. When you offer your tokens for use by traders, Uniswap must return something to demonstrate that you have control over the pool of liquidity. This system creates a micro-economy that encourages users to hold and use Shiba Inu tokens.

$LEASH was originally launched as a rebase token with its supply adjusted to trace the price of DOGE at a rate of 1/1,000.

The DOGE/LEASH pair has subsequently been "unleashed," and it no longer tracks DOGE. With just 107,647 LEASH tokens in circulation, the project's investors have made LEASH the primary store of value cryptocurrency.

The governance token of $BONE is intended to be used as the platform's foundation currency, with a total supply of 250 million coins.

That means ShibArmy which holds BONE will influence the future of SHIB through the brand new "DOGGY DAO" once the Decentralized Autonomous Organization is launched in 2022. The more BONE you hold, the more weight your vote carries and we see this as an interesting development.

The Six Functions of ShibaSwap

Dig: Users of the platform can deposit crypto assets in pairs in two ways, depositing into existing liquidity pools on ShibaSwap or creating their own.

Digging as it referred to where your Shiba will earn rewards for being a liquidity provider on the platform and will receive ShibaSwap liquidity pool (SSLP). The tokens in which they invest directly represent a portion of the pool's overall liquidity, and each token represents a share of that liquidity. Holders can exchange their SSLP for free BONE upon redemption.

NFTs: These exclusive NFTs known as SHIBOSHIS are written on the Ethereum Blockchain where users can purchase and trade 10,000 unique pixelated dog cartoons.

Bonefolio: Users can explore current interest rates and track their yield returns in this analytics dashboard.

Bury: It is the process of earning high-interest yields paid in BONE by staking one's SHIB, LEASH, or BONE.

Thirty-three percent of BONE rewards from staking are available immediately, while the remaining 66% are locked up for six months.

Woof: “Woofing” is the function for redeeming BONE rewards by cashing out SSLP.

How To Buy Shiba Inu

This gave investors massive gains in a week, but since the all-time high the meme coin is down over 60% proving what a volatile market you will be operating in if you were thinking of investing in Shiba Inu.

Because of the popularity of meme coins, there has been an influx of new users to the cryptocurrency space. Shiba Inu is available on Centralized Exchanges such as Binance, Coinbase Pro & Kucoin to name three.

There are two main exchanges where you can easily purchase Shiba Inu. The first is the ShibaSwap platform, the native exchange for SHIB. The other is Uniswap where 50% of the Shiba are kept.

To use these platforms, you will need to connect your Ethereum-based wallets such as Metamask or Coinbase Wallet. The most commonly used is Metamask and that is the recommended wallet of the Shiba Inu developers to use with ShibaSwap.

Are these Exchanges a safe investment?

Centralized Exchanges such as Binance are a safe option for investors to use as they have a good reputation and are very popular.

However, Shiba Inu is available on exchanges that are safer than Binance and other centralized exchanges to buy your tokens, you may want to consider going down the ShibaSwap or Uniswap route.

That said; if you already have money in Binance, Coinbase, or Kucoin and are familiar with these cryptocurrency exchanges you can easily invest some Shiba Inu to your crypto portfolio.

Before you think about investing any money in this crypto, you should note the extreme volatility these types of meme coins have in the market.

Editorial Disclosure: This is not investment advice and if you put any money into cryptocurrency it should only be done by doing your research first.

SHIB; like most cryptocurrencies carries a huge risk and is not a sure or safe investment and if you decide to invest in this crypto you should know your risk v reward ratio.

A one-word tweet from Elon Musk on 24th October 2021 saw the crypto price plunge by 20% In a short Twitter exchange, Musk revealed that he had no SHIB coins. “None,” replied Musk when asked how much SHIB he held. Following Musk's tweet, SHIB plummeted 20%.

It goes to show that investors should take extreme caution when investing in a meme coin like SHIB. You may make astonishing returns, but you could also end up losing a lot of money for the sake of some adrenaline rush of getting involved in the crypto market.

In late January 2022 Shiba was trading around 0.00002, which is a quarter of the all-time high close in October 2021, so a huge value has been wiped off its market cap.

On our travels around site cryptocurrency sites, we found the consensus to be bullish for the price of Shiba in 2022. Many of the predictions range between 0.00005 & 0.00007.

However; you only want to risk $1000 in total, based on this example you would have an exit price of 0.00001 and you would exit the market, which would be your stop loss. The question you need to seek answers for is what is the likely chance market from the current position will hit 0.00001 against seeing a rise.

Given the current bearish Bitcoin prices in the past two months has seen many large whales buy including a huge 8.1 trillion Shiba Inu coins worth $290 million was paid for a mysterious and unknown Shiba Inu whale.

The staggering amounts purchased imply that a single investor would not be able to acquire such a quantity. Although you can speculate on who bought this amount, the numbers suggest it's most likely to be the exchange platform.

So far this investment has lost $130 million at late January prices if this whale still holds Shiba?

Should You Buy Shiba?

Given the current price of Shiba, we feel that the best tactic to use if you want to buy this crypto asset is to dollar cost average your investment over some time.

We do see value in this as a long-term investment given the Eco-System that is being built, plus the opportunity to earn some passive income through providing some market liquidity.

By dollar-cost averaging into the market at prices less than 0.00001 and below maybe the play if the market reaches this price, that said these are just our opinions expressed and you should always do your research and technical analysis in the market, before investing any of your hard-earned cash into this cryptocurrency.

Given the current bearish market on Bitcoin, if you hold other coins or take some money out of other cryptos as Shiba could well find market resistance around 0.000007 later in 2022 if the bearish Bitcoin trend continues. As Investments go there are plenty of positives to dip your toe in the cryptocurrency market with this altcoin, but not at the current price of 0.00002.

There's a close link between access and the worth of a digital currency. The value of a coin tends to rise if it is readily available. More investors can now buy it, demonstrating a rise in demand. Shiba has been traded on several exchanges, but they are increasingly accessible on Kraken and Binance.

Strong suggestions that it will be eventually listed on Robinhood and we can see that happening and if it does then investing a small amount now could give you gains later.

At the time of writing, you can buy 5 million Shiba coins for around $100 and because the nominal price is low when compared to other cryptocurrencies there is an opportunity for Shiba Inu to go up.

If the price was to ever achieve ten cents (0.10) then that $100 investment would be worth around $500,000. Before you rush out dreaming of big the market cap would be over $50 Trillion if going to 10 cents, roughly 50 times bigger than Bitcoin.

There is a massive community behind Shib, from the ShibArmy to plenty of YouTube influencers pumping our video hyping the project daily.

This can create FOMO and inexperienced investors will have bought into this hype and timed the entry into the market and could well be sitting on this meme coin that is worth a fraction of what they paid for it.

Shibu Inu is one of the newest altcoins on the market and has already shown a lot of potential. As it gets listed on more and more exchanges, together with the planned developments, this could be a long-term investment opportunity given its current hype. The price will continue to rise as soon as these development milestones are reached by the team behind this project. Keep an eye out for Shibu Inu’s future announcements!

However, you should always do your research before investing in crypto before you decide to invest now or in the future. We hope you found our blog post helpful!

A full time professional sports trader since 2002 and I expanded my investment portfolio during the 2020 pandemic to include crytpocurrency and forex trading when the sporting world ground to a halt.

Please log in again. The login page will open in a new tab. After logging in you can close it and return to this page.